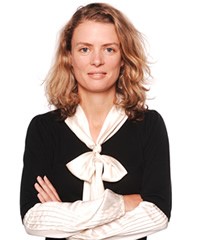 Lisa has over 15 years experience in energy and environmental markets. Following an MSc in Environmental Technology from Imperial College specializing in Energy Policy, Lisa worked for a financial exchange and clearing house now known as NasdaqOMX, analyzing the deregulation of the UK energy markets. She was instrumental in setting up the most advanced market in the world for trading electricity and went on to become Head of Operations for the UK Power Exchange. There she went on to Head the Business Development and Commercial teams in developing new tradable products for Gas and Power in Europe. More recently Lisa worked for EcoSecurities, one of the largest carbon project developers in the world as Head of Commercialisation, Europe. EcoSecurities provides carbon finance to renewable energy projects across the world as part of the UN approved Clean Development Mechanism.

In addition, Lisa has been working on a start up to provide finance to renewable energy projects through crowd funding platforms. In addition to her MSc in Environmental Technology (Energy Policy), Lisa has a BSc in Environmental Geology from RHBNC (University of London) with special interest in Fossil Fuels, Hydrogeology, Engineering geology and Atmospheric Geochemistry. 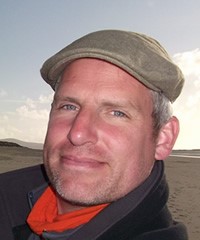 Tim has worked in environmental science and policy for over 16 years. He spent 8 years at the University of East Anglia where he gained an MSc in Environmental Impact Assessment and a PhD in Environmental Modelling and Management. He currently works for the University of the West of England in Bristol on a range of air pollution, climate change and energy research and consultancy projects. He works extensively with the Department of Energy and Climate Change on domestic and community energy issues, as well as with Defra, and the Departments for Transport, and Communities and Local Government. He was a trustee of the UK Public Health Association prior to its incorporation in to the Faculty of Public Health. He has previously been involved in community sustainability groups in Norfolk where he spent many years involved in a venture to establish a Centre for Rural Sustainability. 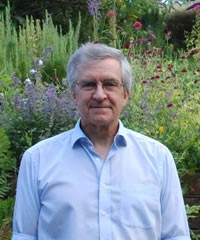 Michael, is a professional chartered civil engineer who has lived in Streatley for 37 years. He was educated at Cambridge University (MA in Engineering) and at Imperial College (MSc in Concrete Structures) and has worked in civil engineering ever since leaving university. He has been involved in many high profile projects including the construction of the M4, and moving the Royal Mint to South Wales, and has been involved in many commercial and industrial projects including thermal and nuclear power stations, and London City Airport. He has specialised in reinforced concrete and has been involved in many projects in the Middle East, where he was involved in the earliest large scale applications of cathodic protection systems to prevent deterioration of steel in concrete in very aggressive environmental conditions. He has published several papers on the subject of deterioration of concrete and been a keynote speaker at an international conference in Bahrain on that subject.

As well as his technical expertise in civil engineering and concrete structures in particular, brings a wealth of contacts in the fields of engineering design consultants and civil engineering contractors which has already been used to provide pro bono technical support for the preliminary design and planning application.
Advisor – Trevor Coombs 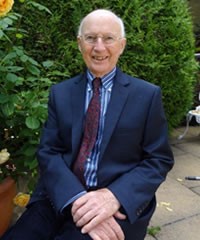 Trevor has lived in Goring since 1966 and throughout his time here has been involved in community projects. He was a Parish councillor for 25 years, the last five years of which as Chairman. During his chairmanship he guided the council through a difficult period in which the Gardiner Field pavilion was replaced. Subsequently he supervised the first refurbishment of Goring Village Hall. Besides parish council work Trevor has been a governor of Goring Primary and Langtree schools; founded ‘The Friends of Goring Library’ when it was threatened with closure. In 1989 he persuaded The National Trust to purchase The Holies above Streatley, now kept for the public to enjoy. Trevor has worked as a manager in large private sector companies until he joined the Post Office as a senior manager and invented the Post Shop which is now an attractive feature found in many main post offices. After retirement he completed a four year course at the University of Reading and qualified as an archaeologist. He is currently chairman of the Berkshire Archaeological Society and is editing a book to be titled ‘Roman Berkshire’. 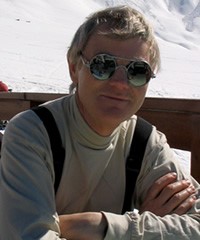 Nigel is a professional chartered electrical engineer who has lived in Goring for 32 years and has taken an active role in many of the community groups within the village. He was educated at Manchester University followed by technical design projects for a major telecommunications company for 13 years where he rose to a senior management position. He then moved in to management consultancy advising large corporations and government departments, before retiring in 2008. During his consultancy career Nigel worked on all aspects of major projects, including feasibilities, planning and implementation. Starting as a technical consultant he rose to become the director of a specialised consultancy company. This was followed by the formation and directorships of other engineering consultancy companies. 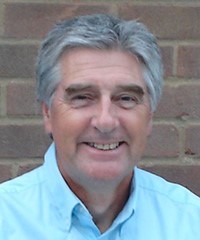 Having lived in Goring since 1987 and observed millions of tons of water passing down the Thames every day, Dave started work on the Goring & Streatley Hydro-Electric Project as a new member of Goring Parish Council in October 2005, joining the newly formed GSSG in Spring 2006. Dave led the effort to obtain grants to the value of £25,000 and recommended suitable professional bodies to undertake the essential research work to get the project to where it is today. In addition he has made presentations on the project to more than 20 other communities and organisations and was central in obtaining Carbon Leapfrog pro-bono support in 2010. He has a B.Sc. (Eng) and an MBA from Kingston Business School, London. Dave’s degree is in aeronautical engineering and he worked for 9 years at Rolls-Royce on turbo-fan jet engines, which is all about getting energy from burning air through turbines whereas the hydro is about getting energy from water through turbines – it’s all about fluids after all. Dave then worked for 30 years with major IT companies such as GE (US) and HP. Dave has played keyboards in a number of bands over the past 20 years and is married with two daughters.

Previous Team Member – Nicola Swan PhD, MBA
Nikki is a professional consultant with broad practical, research and education experience in sustainable development. She has had a family home in Streatley for approximately 40 years. She gained her PhD from Reading University in the field of Sustainability and Community Projects. She also has an MBA from Henley Management College and other post-graduate qualifications in research, consultancy and law. Through her own company she undertakes projects and training in the UK and internationally for companies, international organisations such as UNDP and local NGOs on sustainable development and community initiatives, including environmental, health, agricultural diversification, strategic and operational management, research and training. Nikki also is visiting faculty at the School of Reputation and Responsibility, within the Business School in Reading University. Prior to becoming self employed Nikki was CEO of several health and professional bodies in her career she has managed multi-million dollar budgets and co-ordinated the strategic direction of these organisations.